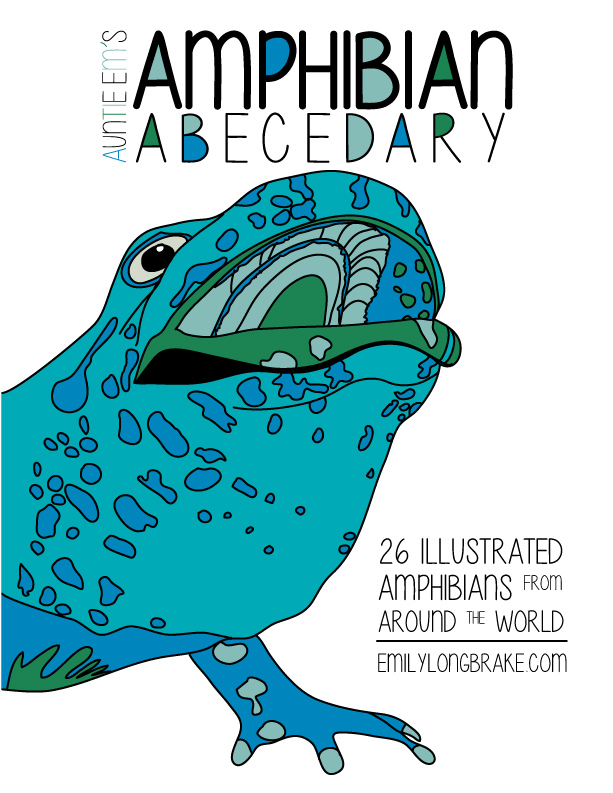 Coming soon to the store: Auntie Em’s Amphibian Abecedary, an A to Z illustrated guide to 26 amphibians of the world. Frogs, toads, salamanders, newts and many more are all part of the class Amphibia. 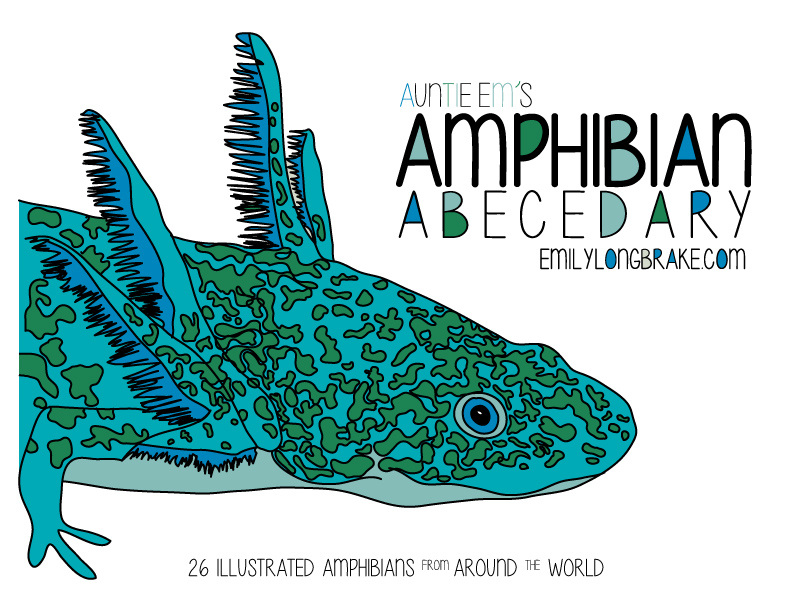 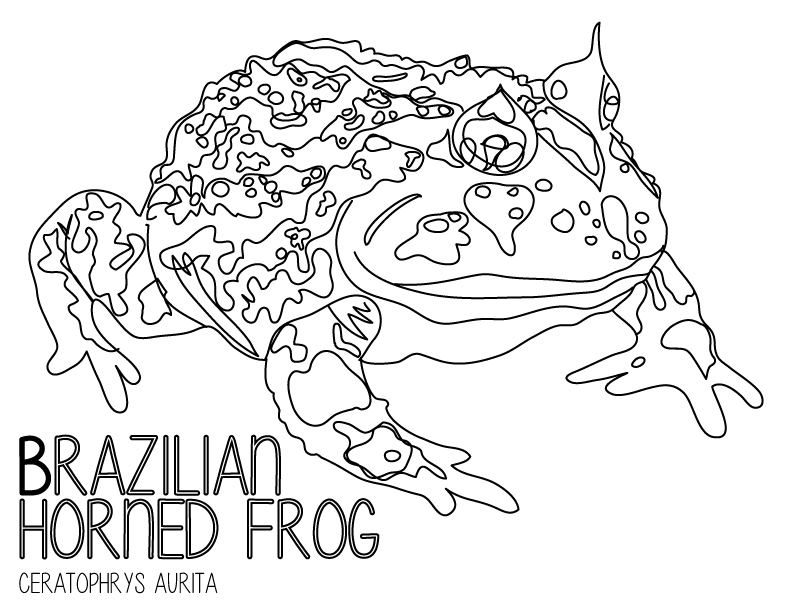 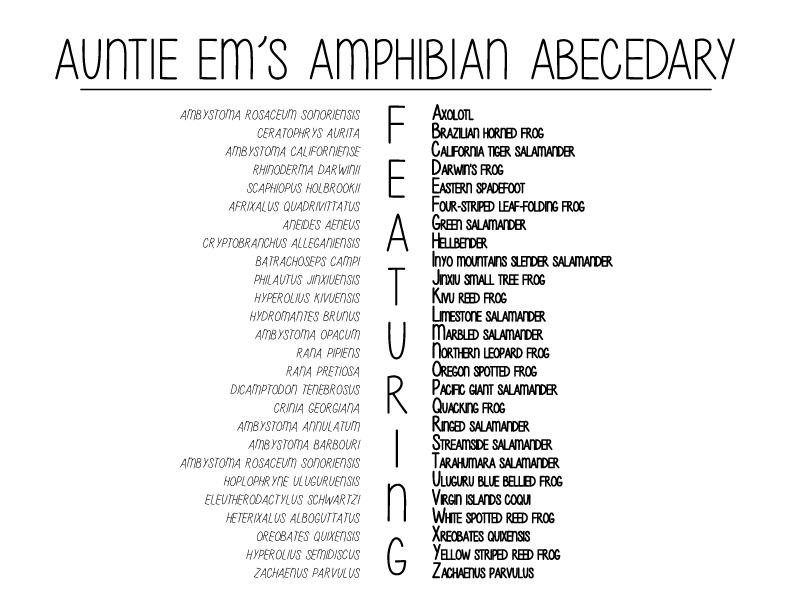 Axolotl – also known as letter T, the tarahumara salamander, this species is only found in near mexico city, mexico.
Brazilian Horned Frog – These large frogs’ ravenous appetites have earned them the nickname ‘pac-man frogs.’
California Tiger Salamander – most of this salamander’s life is spent on land in burrows dug by other animals.
Darwin’s frog – this unique species, discovered by charles darwin, makes a bell like call.
Eastern spadefoot – highly endangered, the spadefoot uses projections on its hind feet to quickly dig burrows in the soil.
Four-striped Leaf-folding Frog – like others in its family, this frog folds a leaf around itself when spawning to protect its eggs.
Green Salamander – this salamander’s green, gray, and brown mottling looks like the lichen in its favorite habitat: trees.
Hellbender – the largest aquatic salamander in the united states can grow up to 29 inches long but usually measures 12-15”.
Inyo Mountains slender salamander – this amphibian lives exclusively in the mojave desert of california.
Jinxiu small tree frog – also known as the bubble-nest frog, this rare frog may be extinct.
Kivu Reed Frog – the frogs in this family have extra cartilage between the last two bones of each toe that makes their toes more flexible.
limestone salamander – this species prefers only north- and east-facing slopes for its habitat.
Marbled Salamander – like many others, marbled salamanders have poison glands in their tails to deter predators.
Northern leopard frog – you may have seen this large frog in biology class as a formaldehyde-soaked dissection specimen!
Oregon spotted frog – this species is very endangered due to loss of contiguous habitat in its native northwest united states.
Pacific Giant Salamander – this ‘giant’ can reach 14” long and can bark or growl, lash its tail, and arch its back if threatened.
Quacking frog – as its name suggests, this frog quacks like a duck, usually 1-4 calls in succession.
Ringed Salamander – like other salamanders, many predators depend on the eggs of this species as a seasonal food source.
Streamside Salamander – this species has a distinctively short, rounded snout.
Tarahumara Salamander – these unusual amphibians keep their larval features throughout life, including their feathery gills.
Uluguru blue bellied frog – Often found in fallen bamboo stems or on wild bananas, these frogs are endangered.
Virgin Islands coqui – found only in the virgin islands’ scrub forest, these frogs eggs are laid in bromeliads.
White spotted reed frog – In particularly dry weather, these frogs become white., which helps to keep the frog a bit cooler.
oreobates quiXensis – also known as the common big-headed frog, females of this species lay 15-51 eggs.
Yellow striped reed frog – this endangered frog is found in a variety of habitats in South Africa, swaziland, and possibly mozambique.
Zachaenus parvulus – the egg clutch of these frogs is deposited on the ground under leaves, where miniature froglets hatch and grow.