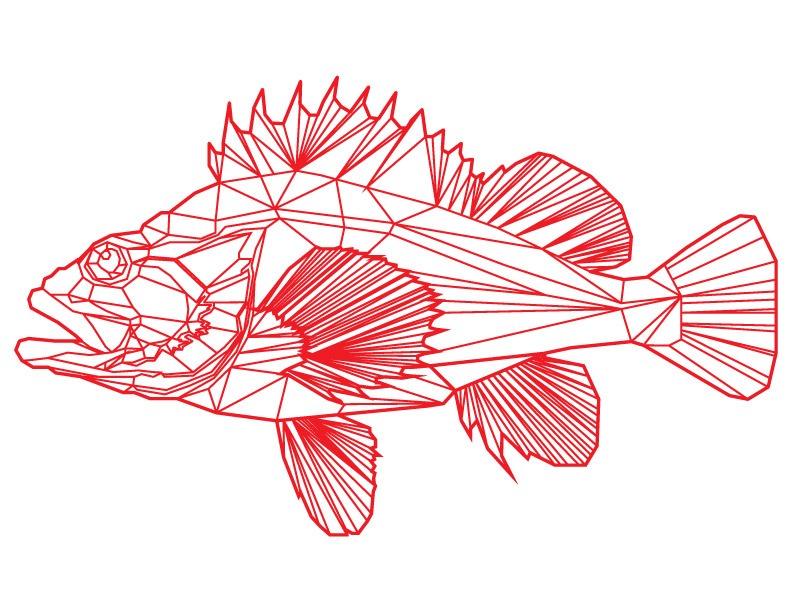 Per a request by my sister, this lovely/terrifying yelloweye rockfish design will be laser cut in time to greet holiday visitors.

“The yelloweye rockfish (Sebastes ruberrimus) is a rockfish of the genus Sebastes, and one of the biggest members of the genus. Its name derives from its coloration. It is also locally known as “red snapper“,[1][2] not to be confused with the warm-water species Lutjanus campechanus that formally carries the name red snapper. The yelloweye is one of the world’s longest-lived fish species, and is cited to live to a maximum of 114 to 120 years of age. As they grow older, they change in color, from reddish in youth, to bright orange in adulthood, to pale yellow in old age. Yelloweye live in rocky areas and feed on small fish and other rockfish. They reside in the East Pacific and range from Baja California to Prince William Sound in Alaska.”