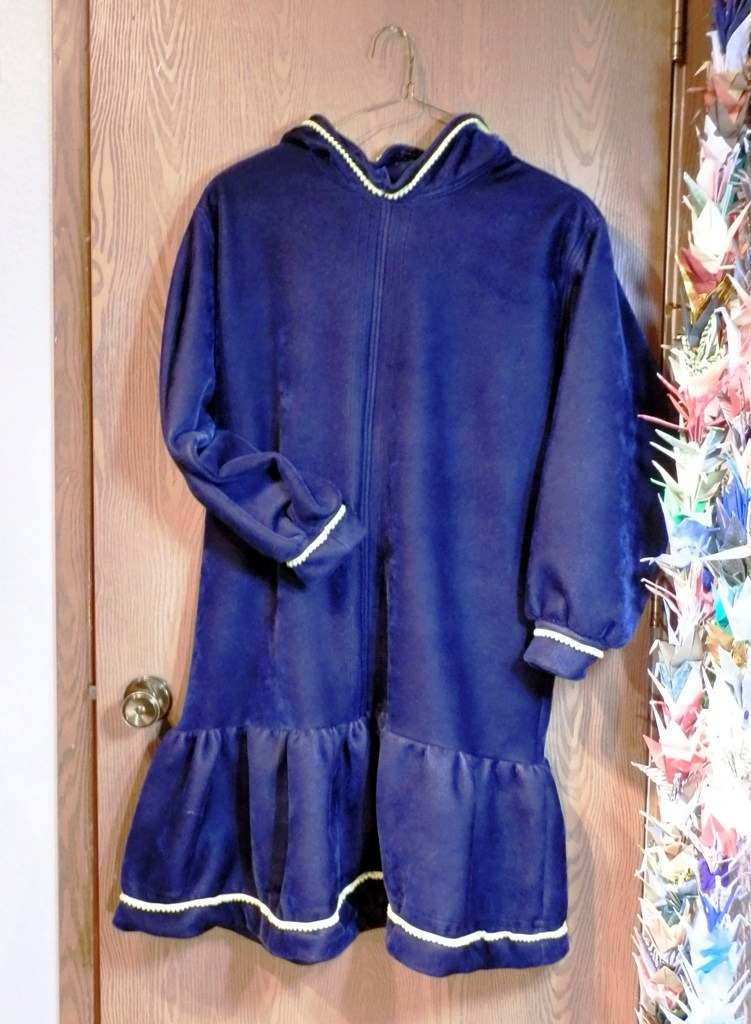 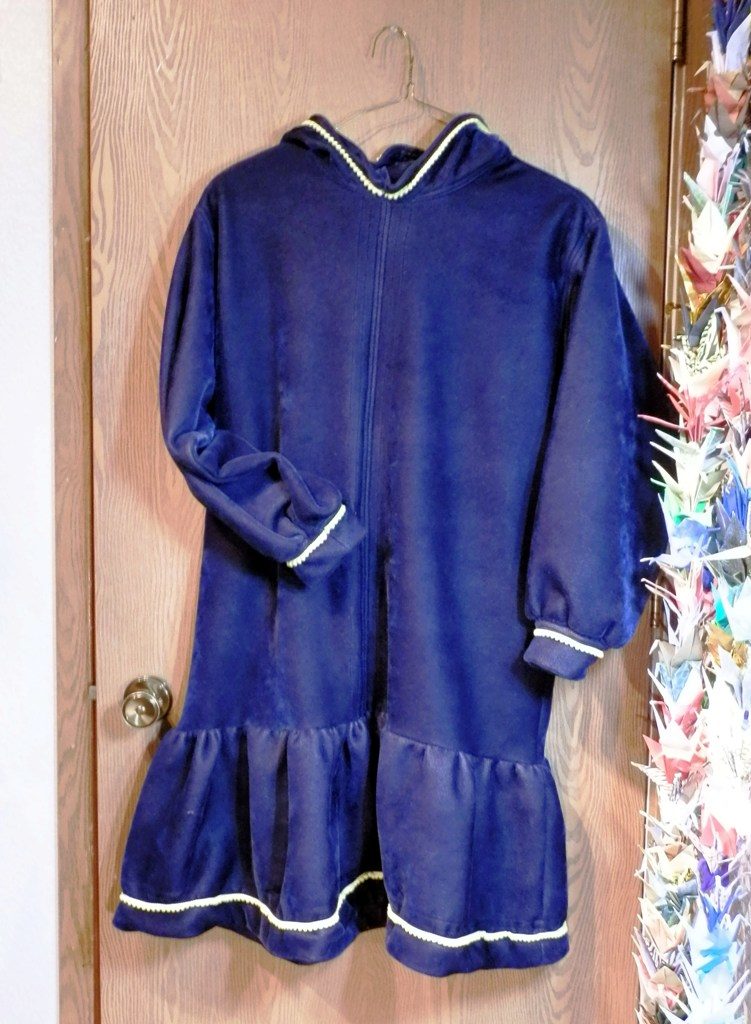 Kuspuk made from a thrifted Vellux blanket and misc. trim, originally made for Transformed Treasures, a benefit for the Salvation Army of Alaska in April 2014.

From Wikipedia: “A kuspuk is a hooded overshirt with a large front pocket commonly worn among Alaska Natives. Kuspuks are tunic-length, falling anywhere from below the hips to below the knees. The bottom portion of kuspuks worn by women may be gathered and akin to a skirt. Kuspuks tend to be pullover garments, though some have zippers.

“Though kuspuks are traditionally a Yupik garment, they are now worn by both men and women of many Native groups, as well as by non-Natives.The garment was originally made of animal skin or gut and was worn over a fur parka to keep the parka clean. As stores became more common in Bush villages, kuspuks began to be made of calico grain sacks. Kuspuks are now generally made from brightly printed cotton calico, velvet, or corduroy trimmed with rickrack. Today, kuspuks are often worn as a blouse with pants.

“Many Alaska legislators and their staff members wear kuspuks on Fridays. The tradition was started by Representative Mary Kapsner (now Mary Sattler) of Bethel around 2000. The legislative dress code, however, requires that kuspuks be worn with dark pants. Legislators’ enthusiasm for kuspuks has contributed to their rising popularity in the state.

“Travelers wearing kuspuks have faced scrutiny from the federal Transportation Security Administration because of the garment’s looseness. Senators Lisa Murkowski and Mark Begich have criticized this practice as culturally insensitive.”