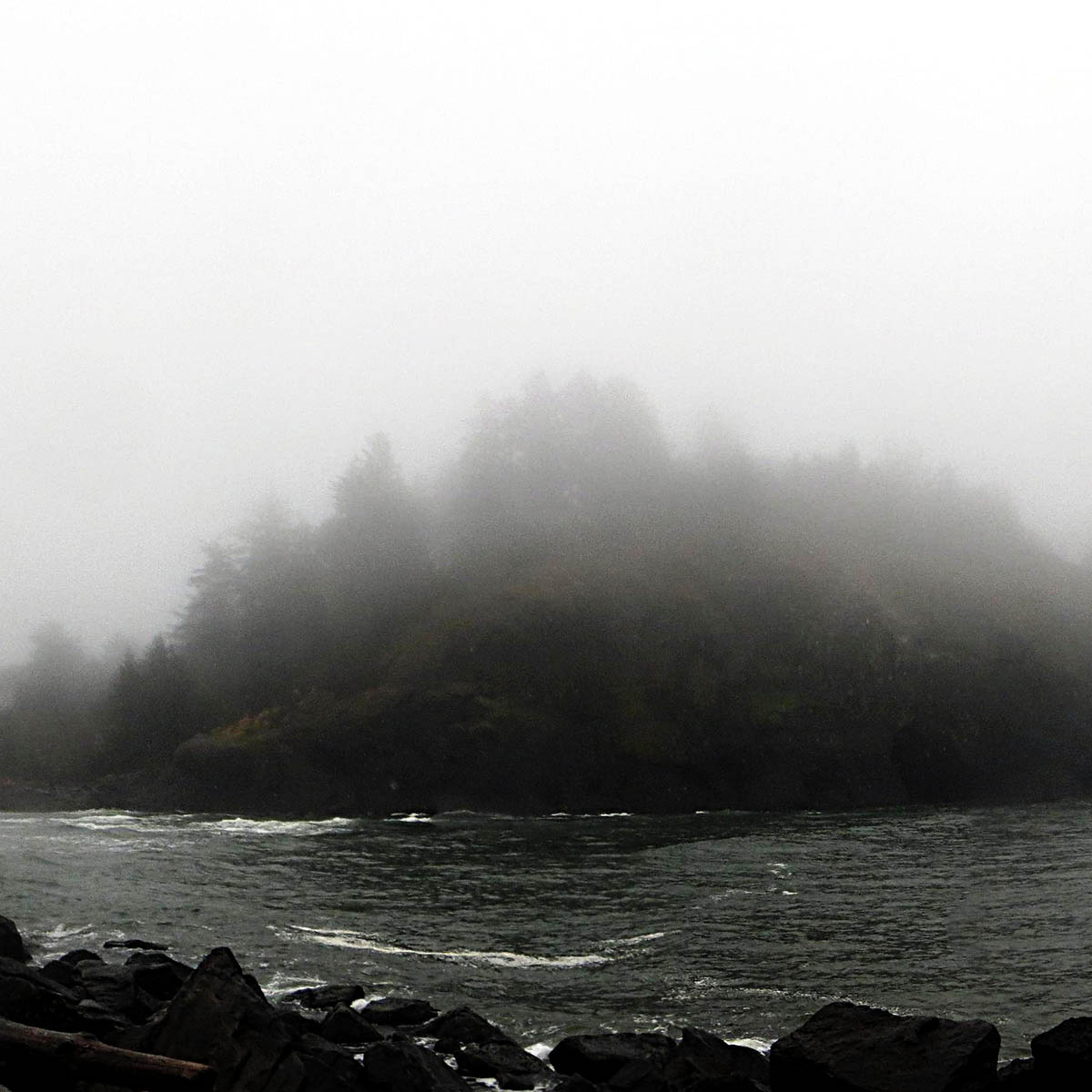 In February 2020, I bought a screenprinted poster by Mike Burdick entitled “Mt. Stupid” at Signal-Return. Featuring a bald peak with big letters announcing its name, the print made me laugh and cringe immediately. 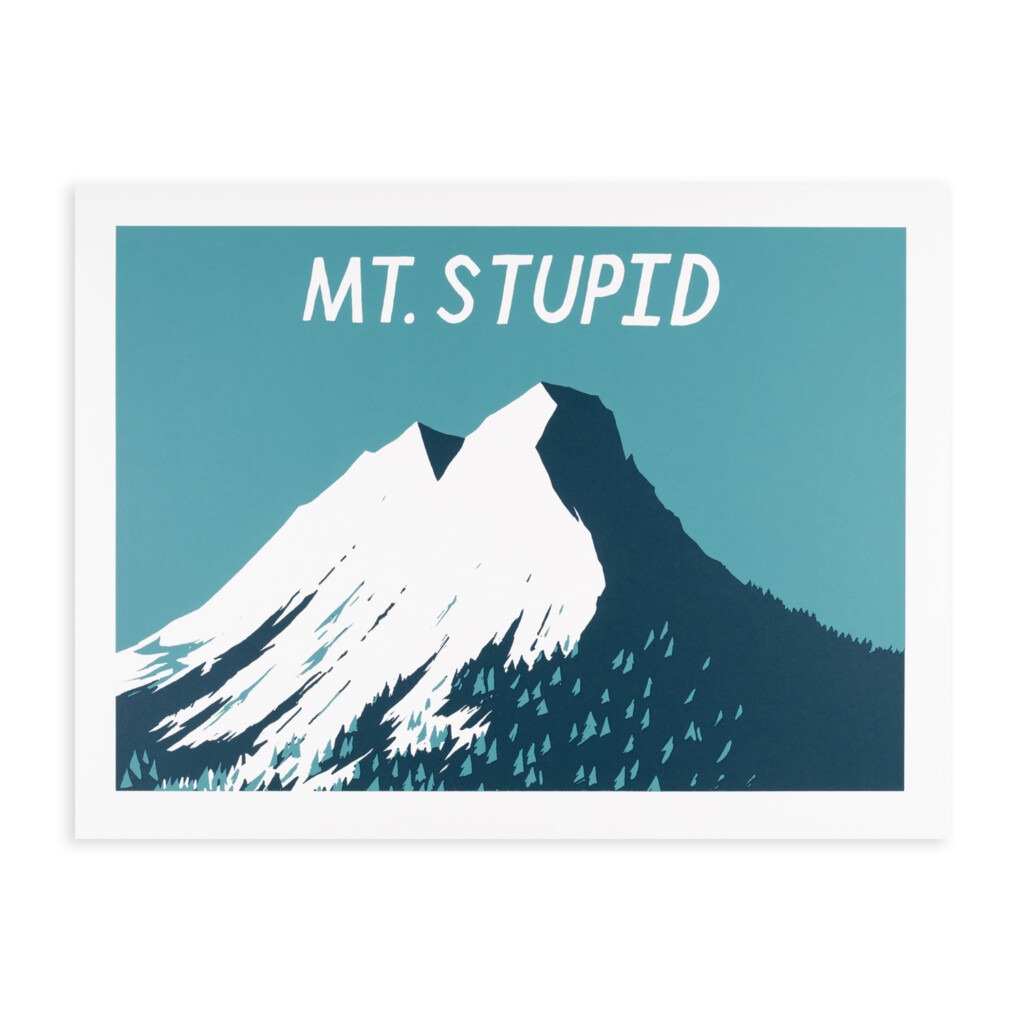 I’ve hiked Mount Stupid many times, only to realize what a terrible idea that was after it was too late to turn back, yet impossible to continue. I’ve made mistakes so easily avoided that I could call myself a resident of the village on the slopes of Mount Stupid (and met a few other locals as well). Then, I’ve thought that I moved away from the mountain, and made the same mistake again and again.

I’ve underestimated personal and professional Mount Stupids, thinking, “That mountain doesn’t look so big: if so-and-so could climb it, it must be a piece of cake!” Everywhere I go, Mount Stupid can either be seen in the distance (looking big and obvious), mysteriously disguised in fog as a different peak, or directly in my path, waiting for me to foolishly attempt its heights or struggle to go around its ample base.

Mount Stupid aside, this geographic theme piqued (pun intended) my interest in the sort of recursive game we play with the landscape around us. The land, sky and sea certainly influence my thoughts and feelings, but it seems that emotions and ideas can also draw features from the water and earth as well. A walk on the beach in the wind and rain can sometimes dampen my mood, but more often the turbulent weather just provides physical sensations to match the turmoil within. Moments of esctasy when the transcendent beauty of a place sweeps away my inner state are rare, but precious. I’d imagine that meditation experts seek this state of inner and outer harmony, but I haven’t found it myself more than a handful of times.

I’d love to think that a sort of recursive geography could be the key to understanding why Mount Stupid is such a popular hike, and a feeling of balance and peace is so hard to find. If a place shapes the thought, can the thought shape the place? Back and forth our neural impulses go, from sensory information coming in to interpretation to attention to specific details, and then again to sensations and so on.

There’s a real place called Cape Disappointment that I’ve visited, and, true to form, the views are less than ideal. Somehow you get the feeling that you’ve already been to a better cape somewhere else. The weather is crummy, the food is too salty, and the trails are both boring and covered in pernicious blackberry vines. You may return home with some sort of toenail fungus, and without a single noteworthy picture. Plus, disappointment was in the name! Only a resident of Mount Stupid Village would fall for it, and here you are.

So, how did Cape Disappointment get its name? I’d have to guess that someone looking for the Northwest Passage found the cape tantalizing for a brief moment, or that its oceanographic configuration led to lots of wrecks just before reaching a safe harbor. Remind me to research later, but in the big picture, I can imagine that Cape Disappointment stood in for some very real feelings from the colonizers who named it (in English, at least).

But, since no indigenous place names or land acknowledgments were available during my visit, let’s say the First Nations’ name and feeling about the same location is inspiring, finding the presence of the particular spot to be the key to a happy life. Who would be right? Does the language we use about a place find reciprocal meaning in the experience we have there, or just reflect our own internal shipwreck.

I’ve sat on Missed Opportunity Beach to look at incoming waves foaming and crashing with possibility, then watch them retreat with regret.

I’ve been to the overlook for Inadequacy Sea, where even the greatest effort is literally nothing but a drop in the ocean.

I’ve descended to the floor of Give-Up Canyon, where you can’t see the rim, and the river is cold and welcoming.

I’ve attempted False Accomplishment Peak, where you never quite get to the top, someone’s always been there before you, and taken an award-winning photo.

I’ve been lost in Uncertainty National Forest, where every tree is just as beautiful as the last, but somehow gives you FOMO.

I’ve climbed Mount Stupid, trying to understand, and returned to the trailhead with a bitter laugh.