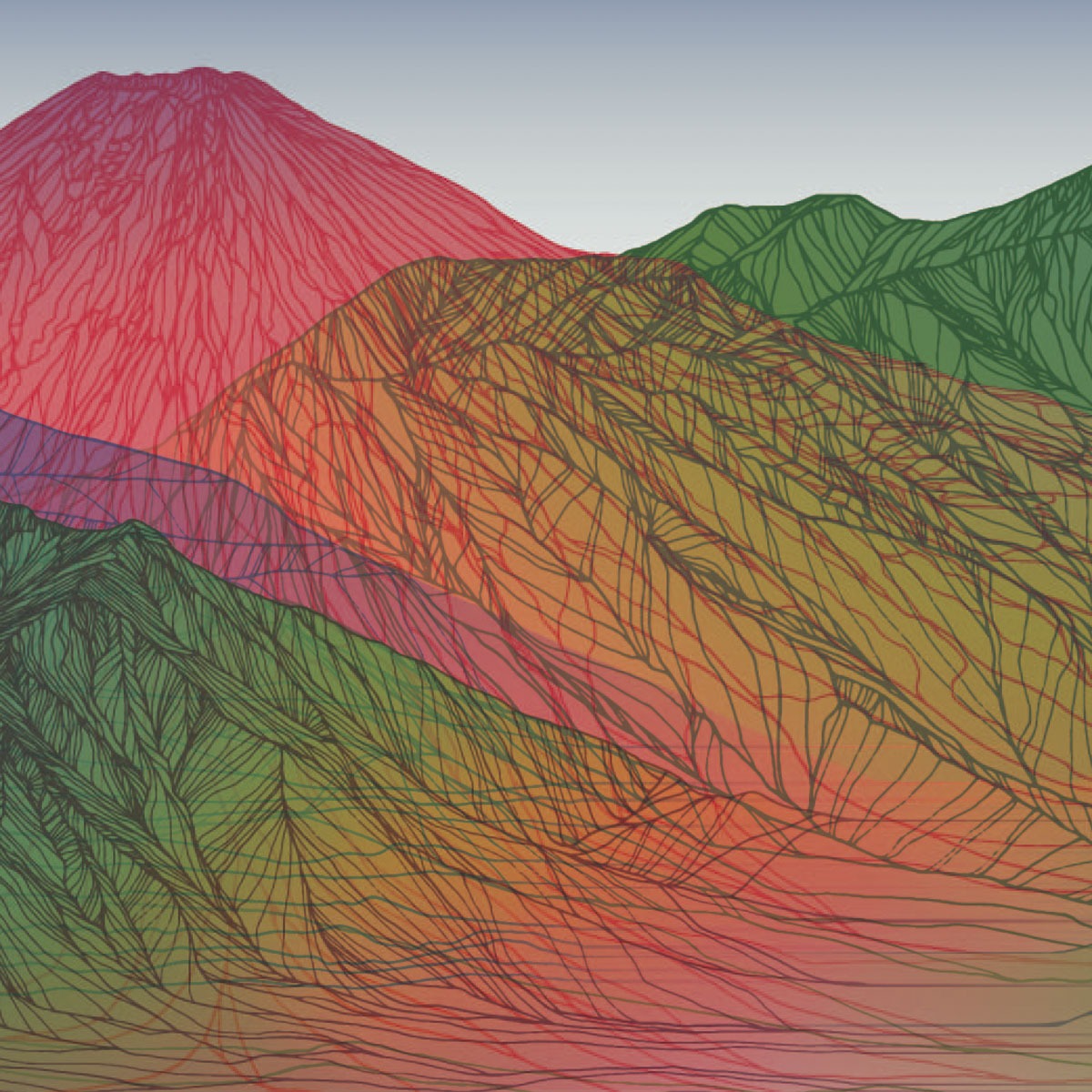 These 48 ft. x 10 ft. murals feature six of Japan’s 100 most revered mountains and parks. Illustrated using a combination of analog and digital tools, the curving slopes and angular peaks of these beautiful features were drawn from Google Earth data and photos.

During the research for these drawings, I discovered that Japan often refers to a famous peak with one name, while there may be several named peaks with monuments. In my home in Alaska, a mountain must have a prominence of at least 1000 ft. from its neighbors to attain a separate name, but in Japan, this seems be measured a bit differently. That said, the peaks depicted are indeed formidable mountaineering challenges, made more difficult by unpredictable seismic and volcanic activity. The eruption of Mount Ontake in 2014 killed 30. Here on the other side of the ring of fire, we have the utmost respect for our neighboring mountains, whether enjoying them from a distance or experiencing them as a hiker.

The final color selections for these pieces are coming soon: check back for a view of the final selected design and installation.